Many more medical missionaries served at Nazareth Hospital after Dr. Kaloost Vartan’s pioneering mission. One such evangelist was Dr. Peter Green, who served at the hospital from 1949 until 1950, along with his fiancé, Hope, and his sister, Gwen, both of whom were nurses.

Dr. Green was born in Harrow, Middlesex, in 1924. His interest in mission work can be traced back to his schoolboy days, during which he served as Mission Secretary at Mercers school in Holborn. However, upon hearing a radio broadcast in 1941, Dr. Green would truly feel an unequivocal call to medical missions. 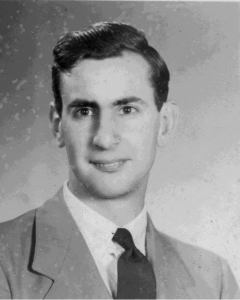 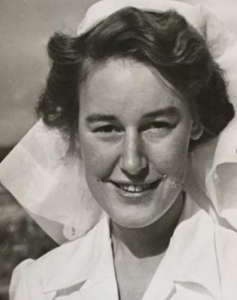 The talk in question was by W. J. Stuart, then President of the Edinburgh Medical Missionary Society (EMMS), and was titled Healing for Body and Soul – Medical Mission Work. In his speech, Mr. Stuart proclaimed the need for the gospel to be spread and described how EMMS was making headway by training doctors who would focus on healthcare and missions work abroad.

The following words with which Mr. Stuart ended his speech deeply resonated with Dr. Green:

“One thing I am assured, that if you choose to work in the medical mission field, when you come to the end of your life’s work and are turning over the pages of the past, you will know that it has been indeed worthwhile, that the years have been well spent, and that had you to begin again, you would make no other choice.”

Dr. Green applied to EMMS thereafter and was trained between 1943 and 1948, thus joining a family of medical professionals who served in medical missions worldwide. During his studies, Dr. Green and his peers were given a taste of what to expect in their future work, as they were required to serve at the medical mission station in Cowgate, then one of Edinburgh’s most disadvantaged communities.

His time in Edinburgh would develop Dr. Green’s love of Scotland – he could often be seen in his kilt when out walking. Nonetheless, upon completing his training, it was time to move abroad. Dr. Green’s first mission was to the Nazareth Hospital, where he served for a year before being joined by his fiancé, Hope, and his sister, Gwen. Sadly, Dr. Green contracted an illness shortly thereafter, and he and Hope were evacuated to the UK. Gwen, however, continued to work as a nurse at the hospital until 1958. 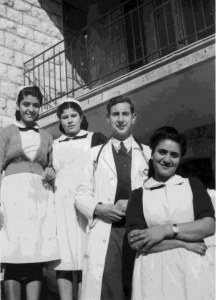 Dr Peter Green with a patient and nurses

With Dr. Green allergic to penicillin, his recovery from the infection he contracted in Nazareth was miraculous. He and Hope were married back in the UK and served in medical missions around the world, including in Palestine and Kenya. Dr. Green never stopped evangelising, even after retiring. A close friend reports that he wrote weekly evangelistic devotions and ran a weekly church service for staff and residents at the retirement home where he lived until his final days.

As Dr. Green’s son John so appropriately put it in a tribute to his father, Dr. Green was able to say, “I have finished the race, I have kept the faith. Now there is in store for me the crown of righteousness, which the Lord, the righteous Judge, will award to me on that day.”