A life's work in Nazareth

We are saddened to learn of the passing of Dr Runa Mackay, who dedicated her life to the service of others through healthcare, spending 30 years working in the community of Nazareth and its surrounds.

Runa found her way to Nazareth early on in her medical career. Having grown up in Hull, she graduated from the University of Edinburgh in 1944 before working as a resident physician at the Royal Hospital for Sick Children. After a brief role in paediatrics in the North of England in 1954, Runa made the move to the Middle East as a locum covering a friend’s role for 6 months at the Nazareth Hospital.

It was during this time that Runa began to feel that Nazareth could turn into her life’s work. After a year-long extension of her cover role, she joined the Nazareth Hospital full-time and delivered 20 years of service in paediatrics and obstetrics. Her time with the hospital came to an end following a sabbatical in India, during which Runa felt called to take her Christian medical witness beyond the hospital walls. She went on to work for the Israeli Ministry of Health as a District Medical Officer in a village near Nazareth and served in this region for the next decade. 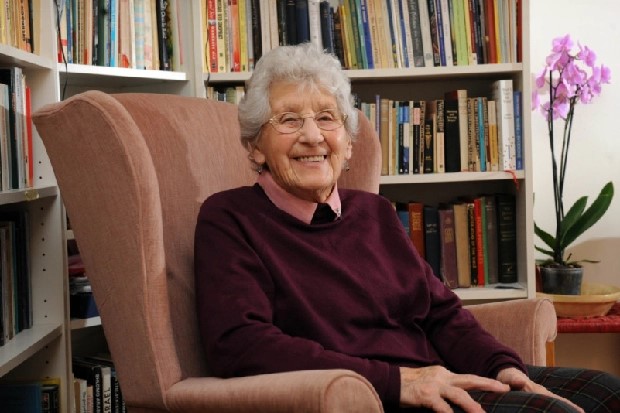 Upon retiring in 1985, Runa moved back to Edinburgh and took up further studies in Arabic and Islamic Studies at her alma mater. She began spending the long university vacations working for Medical Aid for Palestinians (MAP) and in 1987 spent time working in refugee camps in Lebanon, especially Qasmiyeh camp, to which she returned five years later to complete a further two years of medical service.

Runa returned to Scotland in 1995, whereupon her book, Exile in Israel, was published, reflecting on four decades of living and working as a doctor in the Middle East. She remained active in multiple areas of charitable work throughout her retirement and in 2014 was recognised with MAP’s lifetime achievement award.

A life as well lived as Runa’s cannot possibly be captured in a few short paragraphs. Her career was selfless, her influence vast and her witness true. At the Nazareth Hospital and within the broader body of the Nazareth Trust, Runa will be missed terribly.