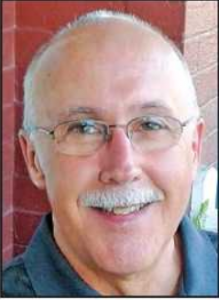 Bob Herr died on the 25th of October, aged 73, after a battle with abdominal cancer.

Raised in Southern Lancaster County, Bob earned a MA in Economic and Social Development from the Graduate School of Public and International Affairs of the University of Pittsburgh.

Bob dedicated most of his career to international relief and development work with the Mennonite Central Committee (MCC), working alongside his wife, Judy Zimmerman Herr. They worked together in several countries, including Malawi, South Africa, Botswana and Kenya. Later on, they were both involved in peacebuilding as directors of MCC’s International Peace Office from 1991 until 2007.

After retiring from MCC in 2014, Bob worked for the Mennonite World Conference and as an interim Director for the Nazareth Project Inc., our US partner organization, supporting the work of the Nazareth Hospital in Israel. Bob was also an active member of East Chestnut Street Mennonite Church, both as a teacher in the adult Sunday school and as a church board member.

Friends and co-workers remember Bob as a curious and engaging person, eager to learn about new places and people. His eagerness to discover new places and meet people led him to work in Africa and travel throughout Europe, the Middle East and Asia.

We thank God for the time he gave Bob and for Bob’s contribution to the Nazareth Project US, to the Nazareth Hospital, and all his humanitarian work. Please keep his wife Judy in your prayers, as well as their two sons and the rest of the Herr family.