SERVE - a wonderful place for support and care

When I arrived here in Nazareth, I had recently completed a three-year master’s degree in pastoral ministry. The schoolwork of course included a lot of biblical study. Although I wasn’t naive enough to expect that I wouldn’t learn more about the Bible from living here, I’ve been surprised by how much more I’ve learned about how to understand the Bible in the Middle Eastern cultural context. Because my parents had lived here for 8 years, I’d heard about the culture growing up, so it wasn’t unfamiliar. However, that is not the same as being immersed in the culture as an adult.

The Nazareth Village script was my first main experience of cultural biblical learning here in Nazareth. I was so impressed with how the guiding script reflects a theology and biblical interpretation that fits closely with my own and is also clearly grounded in this culture from which our Bible emerged.

Other points of cultural learning in recent months came from reading a number of books, both novels and historical work, which are set in the Holy Land or provide one interpretation of the land’s history. Kenneth Bailey’s, Jesus Through Middle Eastern Eyes, was especially influential in expanding my understanding of Middle Eastern cultural biblical interpretation. I was excited, although not surprised, to learn that Bailey’s work has been influential not only in the book The Nazareth Jesus Knew about Nazareth Village, but has also been used for background research on the Village’s tour script. Bailey’s book is a compilation of essays written on different topics and stories from the Gospels, with the emphasis on biblical interpretation from a Middle Eastern cultural viewpoint. I learned so much that I wouldn’t have expected and it was exciting to notice the places where Bailey’s comments are so similar to things I’ve learned at the Village. It was exciting to learn more about this culture through his work. I also gained a better understanding for how much this culture, which is evident in New Testament writing but often goes unnoticed by readers who are unfamiliar with it, continues to be a pervasive part of the Christian and broader Arab culture that I’ve been honoured to engage with these last 9 months.

The chaplaincy community here is a wonderful place for support and care.

My primary work in Nazareth is as one of the volunteer chaplains at the hospital three mornings a week. The other volunteers are all local, and primarily Arabs. Because most of the hospital’s patients are here for short periods, it’s a special experience getting to interact with those in the psychiatric ward each week. These patients stay at home on weekends and return to the hospital each week for one or more months at a time. This allows for relationship building that isn’t always possible with other patients. The chaplaincy community here is a wonderful place for support and care. Each morning begins with visiting together over tea or coffee, and on Thursdays we join in worship for the second of two weekly morning chapel services that are open to the campus. I have been so grateful for the warm connections that continue to grow with the different chaplains and the group as a whole.

An important part of our life here continues to be learning and studying spoken Arabic. This is (most days) a joyful challenge, and there are few places that I get as good a chance to practice using my beginner’s vocabulary as in the hospital. Some days I’m confident enough to try to really engage patients with my limited vocab. Other days I focus on being able to introduce myself and giving the common greetings when I enter and leave. However, there are always some younger patients and adults who have studied English. Primary-school aged children are often encouraged by their parents to practice their new English skills when I’m around. Adults who’ve spent time studying and practicing their skills also seem happy to continue that practice with me and are rightly proud to be able to engage in these cultural interactions. For me it’s a nice chance to relax my brain’s interpreting mechanisms and instead try to engage with others in a way that is easier for me. But, more importantly, these chances allow me to engage with patients in a way that seeks to get to know them and their situation more fully.

Sometimes chaplaincy is difficult or tiring, and sometimes I feel that my language limitations make me an un-useful contributor.  I’m sure that this is true in any chaplaincy setting, not just an intercultural one! But each morning there is almost always at least one patient whose story or attitude is enough to keep me coming back, and to remind me that this work is about them and not about myself. This work is about bringing the light, joy, and peace of God into the hearts of those who are hurting and healing. Remembering that ultimate goal and mission is always enough to keep me mentally and spiritually engaged with this necessary holistic work of healing. 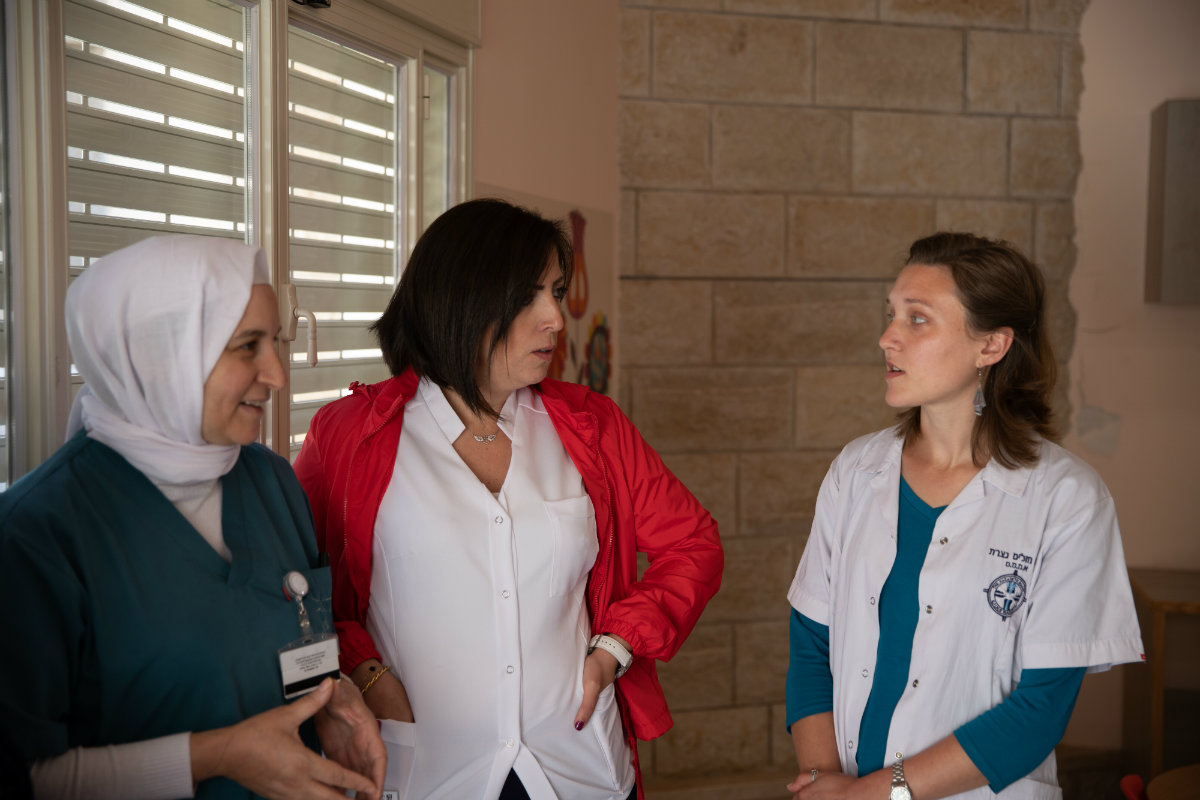 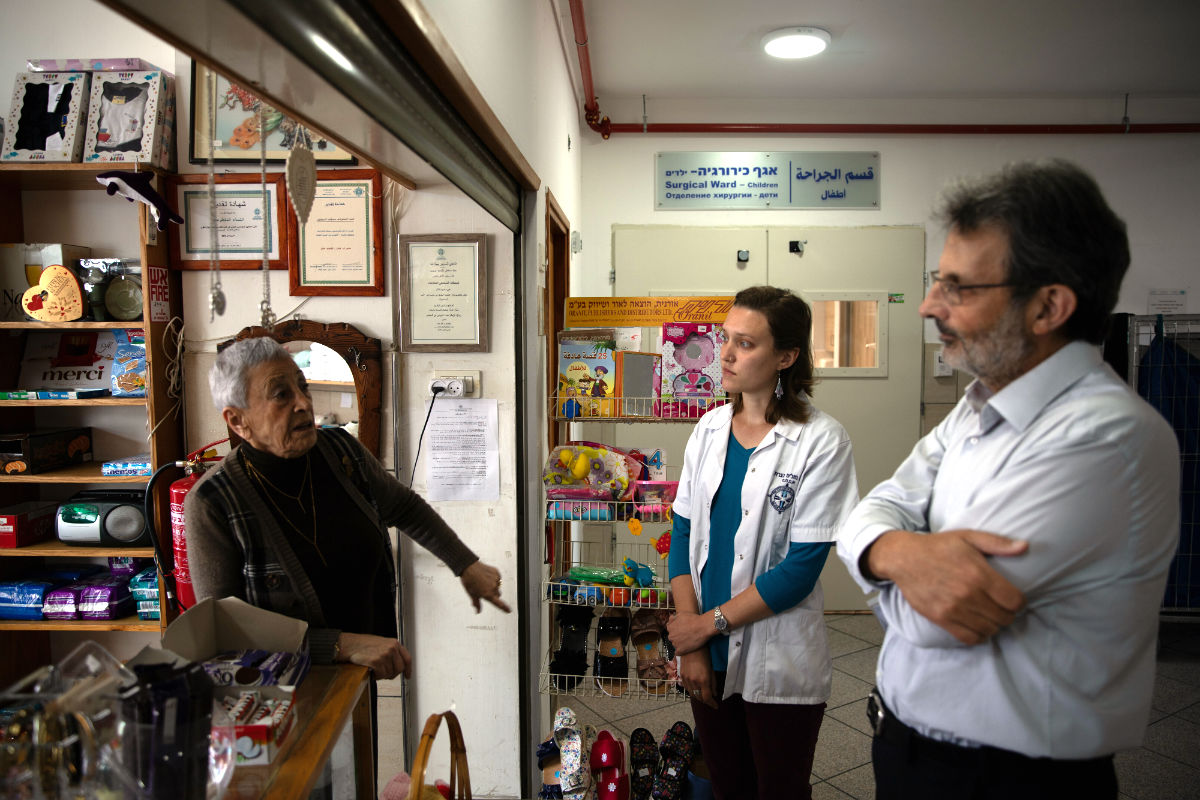 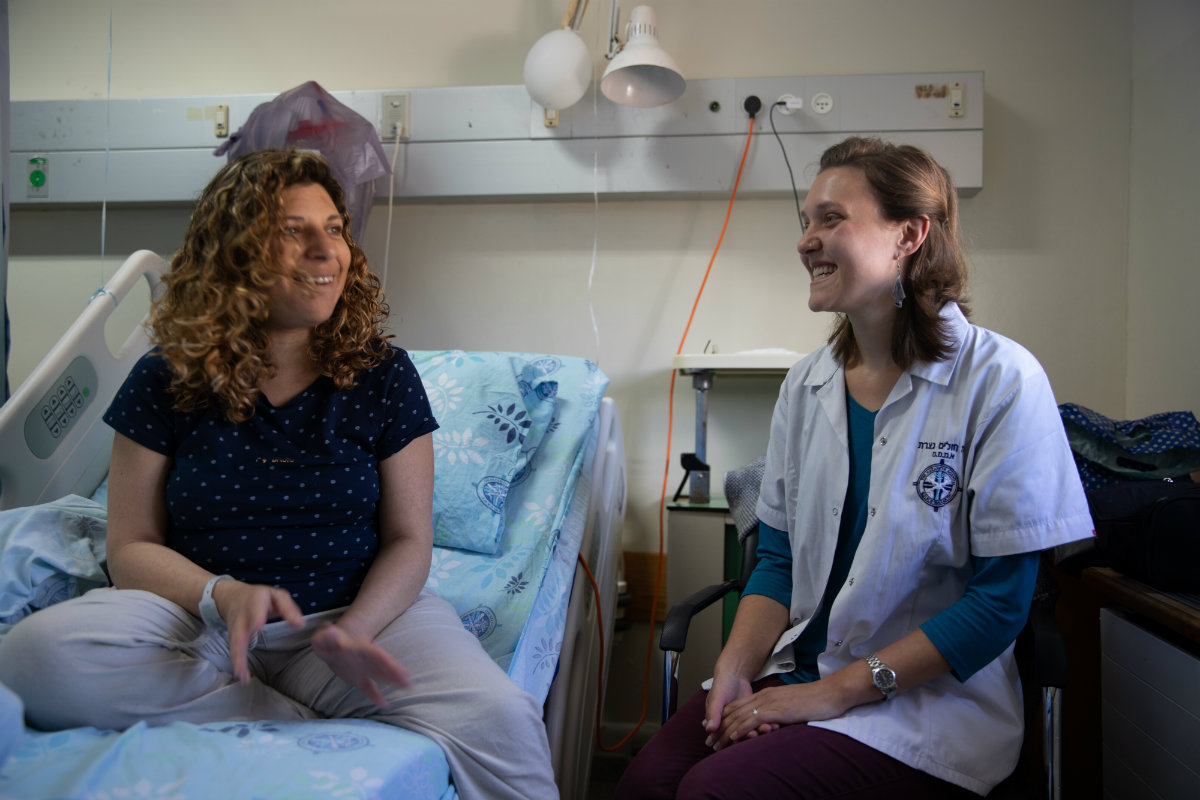 In early 2019 I joined a pastoral care team planning meeting and I was asked to share something I’ve learned more about while living in Nazareth. As I reflected on this theme of cultural learning, I was reminded of the theme of forgiveness used in the hospital’s November 2018 week of Health and Healing. When the group of visiting chaplains from the Crowhurst Healing Centre in England arrived, I joined their introductory meeting with Christine and Frank (the Trust’s SERVE Director and Spiritual Director). I was especially struck by and appreciated Frank’s comments to the group on what forgiveness can mean in this cultural context, particularly in relation to issues of land and peoplehood, but also religion. Then as we went about the week it was amazing to hear from people in the Trust community as well as visitors about their experiences of forgiveness.

Many in Nazareth and the surrounding communities are familiar with the family story of one of our local chaplains, whose cousin was killed. His cousin’s parent’s chose to forgive his murderers. I heard this story the first week we arrived in Nazareth, and several times since, but each time I’m amazed to hear how often this provides our volunteer with a chance to share with others in the community, especially here at the hospital. He is regularly asked by patients, particularly Muslims, how can this kind of forgiveness be possible? He is then able to share the Gospel and Jesus’ message of forgiveness.

In the Mennonite church community that my husband David and I are a part of there was a similar death that occurred in the last 2 years. A young man who, like our volunteer’s family member, was an only child, was murdered while working for the UN in the Democratic Republic of the Congo (DRC). It is still unclear exactly who caused his and his coworker’s deaths and why, although investigations continue. He was a peace worker trying to work with people in the DRC when he was suddenly killed, leaving his parents childless and without much information.

Through these months I’ve been learning about how real-life forgiveness works in this culture – from our volunteer Chaplain and his family, from the stories of other patients here at the hospital and also from stories, like the UN volunteer, around the world. As horrifying as these stories often are, we can also be assured that God is working through such people of faith to create a better world, where we hope that someday forgiveness will be the norm instead of just an idea in our minds that isn’t really understood. It’s exciting to see this movement of the Spirit in the world.